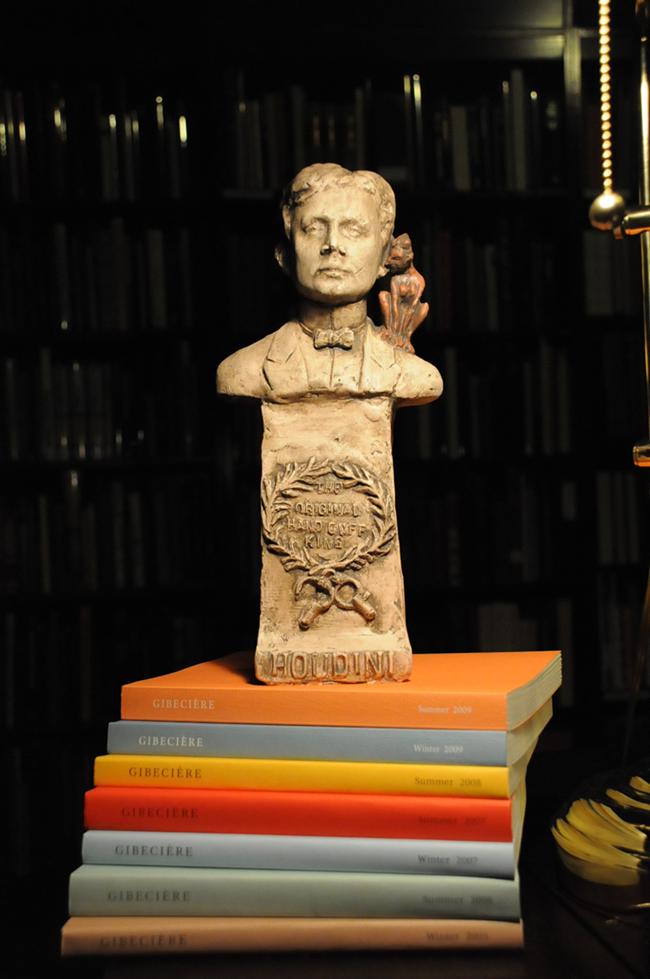 A new piece of Houdini memorabilia has been kind enough to grace the library with its presence. It is a reproduction of a bust that Houdini gave to Jim Bard in the early 1900s which is quite striking. Since only two busts of Houdini are known to have survived, the Houdini-Bard and one sold at the Sidney Radner auction, the reproductions are a welcome addition.

Each bust is handcrafted using methods and materials faithful to those used a hundred years ago when the original was made. The bust is just over a foot tall and the detailing is impeccable. Only 100 were made, so we feel very fortunate to have obtained the copy we did. Mr. Bard obtained the bust directly from Houdini as a gift. Later on, a young Jim Baldauf befriended Mr. Bard, who was then in his eighties, and was given this rare artifact as a gift. Additionally, he also received some other memorabilia, including a stage coat designed, made, and worn by Bess Houdini. It is through Mr. Baldauf that these spectacular reproductions are being offered.

The Secret Life of Houdini was one of the factors inspiring Mr. Baldauf to take on the task of reproducing these fascinating pieces due to the references to Jim Bard, and he has been kind enough to donate part of the proceeds from the sale of these to the Conjuring Arts Research Center.

Those that are interested can find more details here: Viking Magic and Stevens Magic Emporium 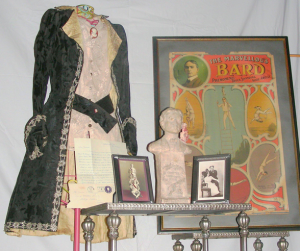