The First Card Tricks in Print? 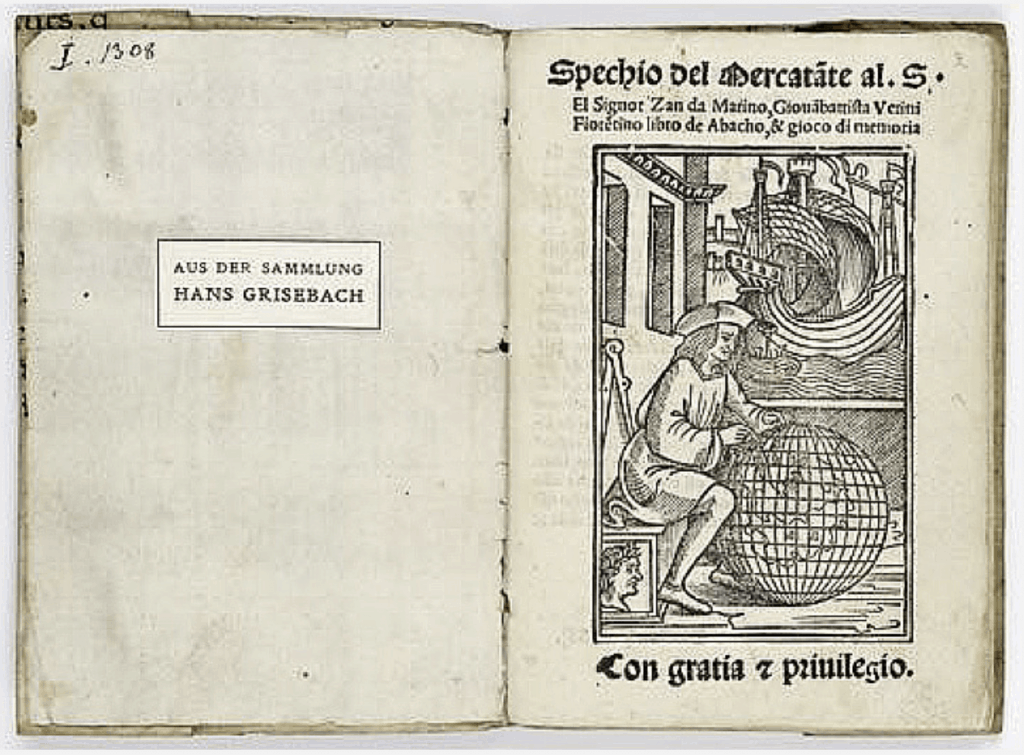 We are pleased to break some very exciting news for anyone interested in the early history of card magic. After years of hunting down a very elusive book, we can finally confirm that the first printed book known to date that presents methods for card tricks has finally been located.

Years ago, Vanni Bossi told me that Pietro Riccadi had, between 1870 and 1893, published a very important, multi-volume bibliography on Italian mathematical books. (It was in this bibliography that Vanni discovered Il laberinto by Andrea Ghisi. Il laberinto is a book that actually performs the 21 Card Trick!) In closely studying Riccardi’s work, I noticed that he cited a book by Giambattista Verini but listed it as a book about the lottery. Upon further investigation, the book was found to have been in the collection of the notorious collector (and book thief) Guglielmo Libri, and in his book sale of 1855. The book was catalogued in a way that suggested this little gem from 1542 might possibly contain some card magic. If it did, it would be an important discovery. But this could not be confirmed without inspecting the book.

Finding the book seemed promising enough – as it appeared in auction sales and dealers’ catalogs – until the trail went cold about 1898. Since then, no library catalogs consulted by us and other bibliographers led to a copy (or, perhaps the copy) of the book.

Finally, the location of this little book has been discovered by Professor Angela Nuovo of the University of Milan1. As far as I can tell, Professor Nuovo has no interest in conjuring, let alone card tricks, but other aspects of the book made it important to her and she managed to find what is probably the only extant copy.

The book is Spechio del mercatāte al. s. el signor Zan da Marino, Giouabattista Verini Fioretino libro de abacho, & gioco di memoria; and from the colophon: Stampata nella gran citta di Milano al Ballone lano di nostro signor. 1542. And the book does indeed have card tricks and there are even woodcut illustrations (the second known book to have illustrations accompanying an explanation of a trick)! This makes it eight years earlier than the tricks mentioned vaguely and briefly by Cardano in his De subtilitate, 1550. Cardano was previously thought to be the earliest printed source for methods of card tricks.

Vernini had published a few non-card tricks in 15352but otherwise doesn’t seem to have been especially interested in magic. The Spechio is a book meant to teach one enough arithmetic to succeed in doing mercantile tasks. The use of magic tricks of a mathematical nature to help students learn arithmetic goes back to the eighth century in Western literature and appears in mathematical manuscripts throughout the Middle Ages and into the Renaissance. The first manuscript found that contains a card trick was written by Luca Pacioli in 14783. The first printed book found to date that has magical divinations is Calandri’s Arithmetic4printed in Florence in 1491. The appending of these tricks into little mercantile arithmetic books was not uncommon in Italy in the early sixteenth century. They were included in Tagliente’s Libro de abaco in 1515 (the first known book to have illustrations accompanying a trick) and in Lazesio’s Libro de abbacho by at least 1519. What stands out here is that Verini used the arithmetic to do card tricks. The explanation of arithmetical card tricks does not seem to enter full force into the printed magic literature until 1593, with Galasso.

We hope this news will be as exciting for you as for us. We will publish the whole story, including the material in translation in Gibeciere in January of 2022.