J. N. Hofzinser is one of the most significant magicians of the nineteenth century, and has been a role model and inspiration for great magicians ever since. He is the inventor of some of the best and most enduring card magic ever created. Yet information on his life and magic has been scant and filled with errors.

Hofzinser was a resident and well-known figure in nineteenth-century Vienna. More than thirty years ago, another highly respected and honored Viennese professional magician, Magic Christian, took on the task of enlarging and correcting the record we have of his predecessor. After doing extensive research over decades, and studying thousands of original sources, Magic Christian has managed to completely revise, expand and correct what we know about J. N. Hofzinser. The result is an exhaustive study of this master and his extraordinarily creative magic. 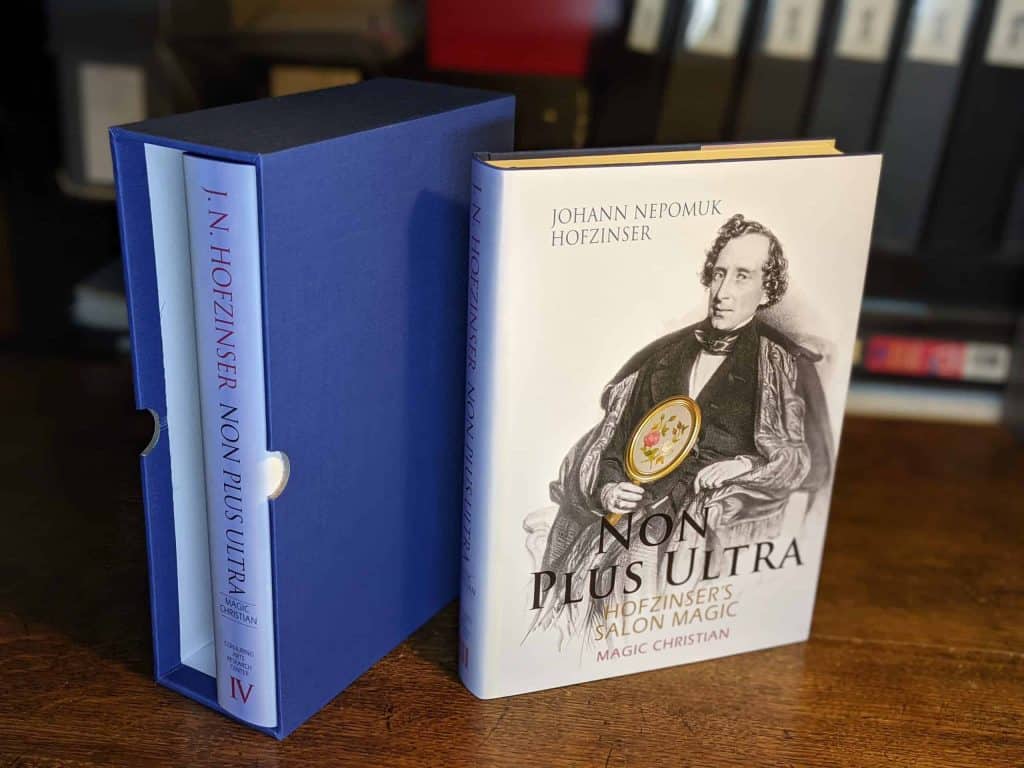 The third volume of NON PLUS ULTRA: J. N. HOFZINSER presents many of the master’s salon effects. The routines outlined, now classified as parlor magic, are meant to be performed for a slightly larger audience. Throughout the explanations of Hofzinser’s numerous effects are newspaper clippings from the 1800’s, Hofzinser’s personal writings, and high quality pictures which bolster the explanations from simple tutorial to holistic comprehension of history and method. Also included in this volume is a look at Hofzinser’s philosophy on magic, his use of psychology, and his link to the composition and implementation of music.

The fourth volume further describes the apparatus, methodology, and patter of numerous salon effects by Hofzinser. Included are the unpublished descriptions of George Heubeck’s notebook. Heubeck is believed to be Hofzinser’s most talented student, so it is natural to assume that many of Hofzinser’s unpublished ideas were recorded in Heubeck’s notebooks. Sheet music composed by Hofzinser as well as several of his scripted witticisms are provided at the end of this volume.

This large hardcover set of books is one of our most handsome productions – a total of 766 pages, filled with reproductions of rare photos and artwork to accompany an exhaustive coverage of Hofzinser, the man and all his salon magic– all contained in an attractive and sturdy slipcase. Only 1000 sets of these books are being produced for sale. Written and designed to please the historian, the bibliophile and the serious parlor magician, these books are expected to sell out quickly. We recommend that, to avoid disappointment, you do not hesitate in ordering your set.