We are always looking for new ways to make Ask Alexander (our two and a half million page database) more accessible and easy to use. Here are two new projects that will make you want to go and play on Alex right now. 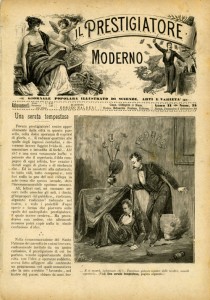 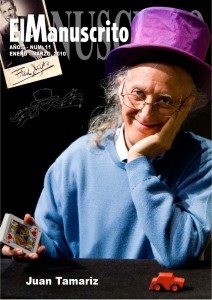 One of the library’s first and most consistently dazzling employees is Dr. Lori Pieper. Ms. Pieper has contributed numerous, monumental translations to Gibecière, and she frequently composes private translations for the use of other library employees. Despite Ms. Pieper’s abilities with French, Spanish, Italian, Latin, and German, however, she doesn’t quite have time to translate all of our foreign language documents into English. She also doesn’t have time to translate our English language books into all of the previously mentioned languages. And she doesn’t speak Swahili. For this reason we’ve developed a tool for Ask Alexander which allows any page to be instantly translated to or from 55 different languages. This opens up many new doors at every membership level. Charlier members can now read periodicals such as L’illusionniste, L’Escamoteur, Il prestigiatore moderno and quite a bit more. Erdnase members should probably clear their schedules for the day and read the complete file of Dani DaOrtiz’s El manuscrito. And those who don’t speak English or struggle with it now have a great excuse to subscribe.

Genii Magazine just got easier to read. By a long shot.

Until recently, the magazine was only divided up into volumes. This meant that all the issues from each year were crammed together into one long document. Searching through such documents was tiring and disorienting. With the help of our interns and a number of devoted volunteers, we now have a system that feels much more intuitive. Each volume has been neatly split into issues. It’s like owning a complete file of Genii and reading the issues one at a time. Here are a handful of exceptional issues to start with:

Obviously these are just a few examples of the treasures that you will find as a result of the improved Genii directory. We are now hard at work splitting other periodicals. We are also busy figuring out other ways to make Ask Alex more accessible. If you make any interesting finds as a result of these two improvements please let us know.