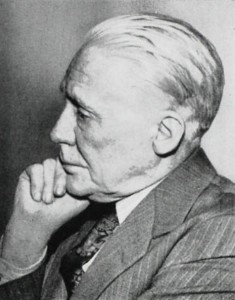 In an editorial introducing the first issue of his eponymous monthly magazine, Jean Hugard set himself an ambitious goal. The purpose of Hugard’s Magic Monthly, he wrote, would be “to set forth fully, clearly and conscientiously the best things in magic.”

It was this focus on what Hugard referred to as “good magic” that makes HMM such rewarding reading today, 70 years after the publication of its inaugural issue in June 1943. In celebration of this anniversary, the Conjuring Arts Research Center has scanned all 245 issues, and has released a downloadable version. Contemporary students, historians, and professionals all stand to gain from a close reading of the magazine.

For more than two decades, HMM was an unrivaled source of timeless, high-caliber material from celebrated professionals and little-known practitioners alike. On any given month between 1943 and 1964, subscribers might find one of the following: an impromptu copper-silver transposition from Ross Bertram; an installment of what would later be compiled as Martin Gardner’s The Encyclopedia of Impromptu Ma 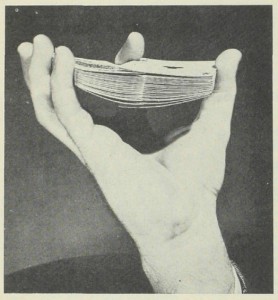 gic; a “do as I do” card effect that begins with the magician tearing a full deck in half; a devious method for standing an egg upright by R.J. Cooper; a practical and unassuming double lift by a thoughtful amateur magician named Max Katz. (Katz, it’s worth noting, is best known today for the formative influence he had on his talented nephew, Ricky Jay.)

A remarkable number of classic moves and routines were first introduced to the magic community in the pages of HMM. These early explications of what would later become well-worn standards are often enlightening. For instance, the July 1945 issue begins with Martin Gardner’s description of “The Jumping Cigar Band.” By prefacing it with a false explanation, Gardner elevates the effect, turning what many consider a throwaway item into a visually stunning demonstration of skill. A now-ubiquitous one-handed riffle shuffle and bridge procedure, meanwhile, was published in HMM as part of a special section on the flourishes of British magician Howard de Courcy. Looking back on it today, one can’t help but chuckle at the description of de Courcy’s shuffles as “the very last word in card flourishes.”

But for every latter-day classic one comes across in HMM, there are countless long-forgotten gems. Jean Hugard’s “Flight of Time Watch Silk and Tumbler Combination,” published in May 1947, is a devastatingly direct vanish and reproduction of a borrowed watch. In the second phase, the watch is wrapped in a silk handkerchief and placed in a glass tumbler. Starting with the watch, each object is vanished individually, only to reappear together under a spectator’s hat. It’s hard to believe a resourceful stand-up performer has yet to resurrect this routine – perhaps substituting a borrowed cell phone for the watch.

Just as edifying are the articles and sidebars devoted to news, criticism, and advice, which, together, offer a singular record of the American magic scene of the 40s and 50s. Fred Braue’s “Roundabout” columns were always lively hodgepodges of whatever anecdotes, tricks, or opinions he saw fit to share. Hugard, meanwhile, would use his “Hu-gardenias” box to recognize magicians he judged especially worthy of praise, whether because of a stellar performance, a generous act, or both. After Hugard’s death in 1959, editors Blanca Lopez and Milbourne Christopher continued the tradition.

And then there is Frank Joglar, whose “Backstage” column was notorious for its combative, unforgiving criticism. “What about a crusade to do away with the whisperers at magic club functions?” he asks at the beginning of one piece. “They sit in the back and buzz constantly through the show, irritating both the performers and those who are luckless enough to be seated close to their chatter.”

Years later, it was revealed that Frank Joglar was, in fact, a pen name used by Milbourne Christopher. Oblivious to this fact, readers would often address letters directly to Joglar, sharing their own stories and expressing disapproval at his ruthless appraisals. The Conjuring Arts Research Center recently acquired a number of these letters. They, too, make for compelling reading. In one, a reader chides Joglar for his harsh assessment of a bumbling performance by television personality Arthur Godfrey. The column in question included this artful condemnation of Godfrey’s attempt at magic:

“Maybe you didn’t notice the twice as big as normal sleeve of his tail coat but, how could you fail to wince when he dropped the bird during his opening gloves-to-dove attempt? Then, that tugging of the silk from under his vest! It may be funny for him to take pratfalls during an ice skating routine, or slip up during a circus stunt, but t’aint funny McGee, when he fluffs his hocus pocus.”

In this way, Christopher was able to use his cantankerous alter ego as a check against the worst tendencies of magicians, delivering merciless barbs to those who embarrassed the art form.

Paging through the early issues of the magazine, one is occasionally reminded that HMM came into existence during one of the 20th Century’s darkest moments. Case in point: Tucked next to discussion of overhand shuffle technique in the January 1945 issue is this light-hearted plea: “Quick vanish of the Japanese Empire – a neat trick which may be performed by all – BUY BONDS!”

That a publication “Devoted Solely to the Interests of Magic and Magicians” could thrive, even as the world descended into war, is encouraging proof of the value of “good magic.” 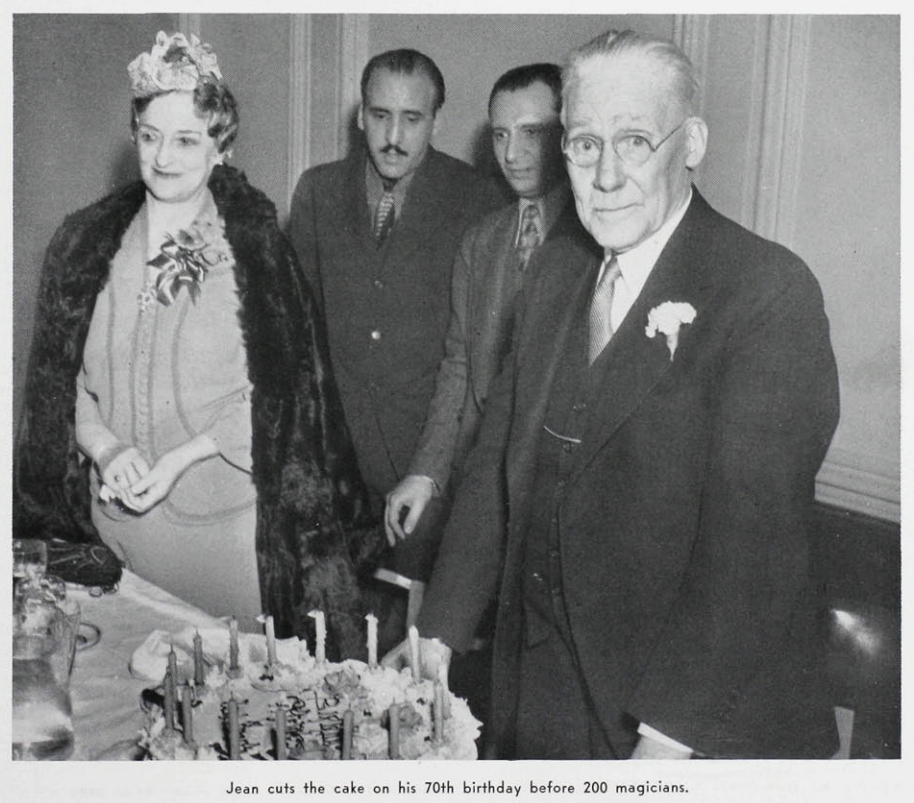