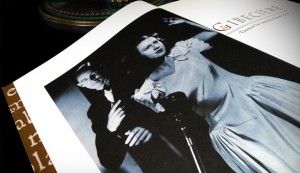 Here’s a full recording of The Piddington’s – a husband and wife team who gained worldwide fame performing a telepathy routine that bordered on the supernatural. You can find out more about them by reading the  fascinating biographical piece that Barry Wiley contributed to our historical journal Gibecière, Vol. 8, No. 2.

While listening to this vintage recording, consider that Sydney Piddington began to develop this act while he was interred at Changi Prison camp during World War II. During this time he became friends with other performers like Russell Braddon, and Fergus Anckorn (whose own story is described HERE). Under the harshest of conditions, they created act that follows.