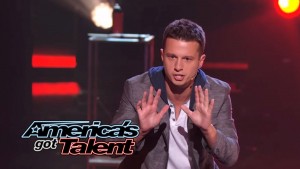 The latest podcast from Dodd Vickers is an interview with Mat Franco of America’s Got Talent.

Among the top stories of 2015 in the world of magic was Mat Franco’s winning the ninth season of “America’s Got Talent.”

Keep on mind that 73 magicians or magic acts have appeared on the whow over the years including the Pendragons, Kevin James, Murray Sawchuck, Michael Grasso, Nathan Burton, Brett Daniels, Rudy Coby, Bizarro and many more.

Mat became interested in magic after seeing a special featuring several magicians when he was only a few years old and immediately began performing for his class at show and tell.  The rest, as they say, is history.