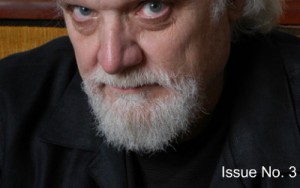 What is a move’s role in the performance of magic?

What would David Devant have thought about this? We are told that he famously and perhaps ironically confessed that he knew only eight tricks. If he were alive today, what would he say about the plethora of sleights that now exist? Did he know a lot of moves?

I once opined that card moves began proliferating at the turn (swerve?) of the 19th century.1 The Expert at the Card Table and The Art of Magic ushered in a fresh appreciation of advanced technique. They were highly technical and paid close attention to meticulous detail. And, by the time Greater Magic auspiciously appeared, many magicians started to exclusively focus on card magic. A new type of practitioner was born—the card specialist.2 Led and inspired by card stars of that early period, these emerging specialists studied books such as Card Manipulations, Royal Road to Card Magic, Card Control, and the landmark follow-up to Erdnase— Hugard and Braue’s Expert Card Technique. If Erdnase was the first sacred book, Expert Card Technique was its fastidious concordance and granular addendum. Robustly replete with discriminating details, wonderful minutia, and technical trifles, Expert Card Technique was the second major book of “finessed card work” published in the 20th century.

Vernon inspired card specialists to respect details, timing, and naturalness and these mysterious, abstract categories tapped into age-old dogmas. He also gave them physical referents and flesh-and-blood models. As an exemplar of the Touch, his penetrating sensibility showed What was needed to carry out the How. The Inner Secrets of Card Magic and The Vernon Chronicles were loaded with trifles that are not trifling.

On the other (left?) hand, Marlo converted the faithful to revolutionaries. Being an obsessive lapidarist and hierophant, he took card magic to its nth power. Being a possessed diarist of the Work, as well, he wrote down almost everything and made finesses seem obligatory. He also made modalities a force majeure.

Meanwhile the proliferation of moves continued and has not yet abated. New moves are continually added to an already burgeoning arsenal. Card specialists are not yet sated as they ceaselessly examine, re-examine, seek, find, and practice…

Slouching Toward a More Detailed Definition

So, what are moves?

First of all, “moves” is not a supple or glamorous word. As far as hard-core card specialists are concerned, moves are “the green fuse that drives the flower”—the “flower” being the ultimate magical effect they help produce.3

This sounds a bit over the top.  Once you strip away how card specialists feel about moves and examine only the bare-boned mechanics, they look chillingly lackluster. They look drily dull. Therefore, a metaphor is in order:

“The green fuse that drives the flower” is a positive trope.

Think about it. Mastering a move does provide an enduring, renewable “charge.” This sense of mastery puts the practitioner “in charge” of an effect’s destiny. Being able to expertly execute moves, especially ones not easily attained, manfully separates the men from the boys. Who doesn’t remember graduating from the lowly playpen of beginners? Who doesn’t recall sloughing off those easy-to-ridicule labels marked “self-working,” “semi-automatic,” “easy-to-do,” or “no-skill-required”?

Mastery enabled one to strut his stuff in front of colleagues from the same tribe and thereby prove worthiness. It substantiated that one was a “worker” and his “work” could be proven in an arena where moves are celebrated, compared, and argued about. This was the place where card specialists showed what they knew and could do.

If this is indeed the case, can we now agree that mastery of moves is important and empowering?

At this point let me repeat the question:

Doesn’t the word conjure up other words? Consider some of the adjectives associated with it:

And the wicket gets stickier when you ask: What is the role of “moves” in the method of a trick?

Perhaps the answer depends on who’s answering it, especially since there is no universally agreed upon parlance.

Some magicians matter-of-factly define a “move” as being motion with a purpose. It’s mechanics in search of applications.

Moves attract and propagate other “moves,” each seeking logical linkage.

Many moves take on lives of their own, desiring greater sophistication and complexity.

Some moves are protean, powerful, and ever-evolving processes.

Some moves invite orchestrations of secret, silent, slippery movements that synergistically strive to operate above, below, and beyond the “radar of ordinary perceptions.”

Ideally, all moves should be invisible and unsuspected.  In this regard, Expert Card Technique said this:

“The card expert commands the respect and admiration of those who watch him because apparently he does not manipulate the cards. His every effort is centered on presenting his feats with a minimum of handling of the cards. He attempts to present each trick exactly as though it were performed by true magical means. Under such conditions, the pack would be handled simply and naturally, without ostentation.”

Moves do things and produce direct, no-nonsense results. The doer is a giddy agent who makes them do these things.

Moves are done with a unique instrument: A deck of cards consisting of 52 rectangular-shaped, layered, and laminated paper stacked together. These papers, called pasteboards, are sized, shaped, designed, and made for human hands.

Pasteboard specialists ecstatically know a lot about these pasteboards. They know that each one can be bent, crimped, dealt, tossed, spun, snapped, sailed, nicked, brushed, slid, inserted, flipped, torn, signed, burned, tilted, and folded. And to their greater glorification and transcendence, a deck of 52 pasteboards can be mixed, shuffled, counted, spread, fanned, cut, riffled, dribbled, cascaded, interwoven, and sprung!

Is there a downsize to this?

Every beginner remembers holding a deck for the first time in his untrained hands. It feels ungainly. A deck feels hard, inert and uncooperative. When they slowly read the detailed descriptions of sleights and gazed at illustrations, the number of “dots” to comprehend and connect was daunting. Furthermore, they couldn’t make the cards do what the explanations promised. Even the one-handed cut (Charlier) was challenging, and dealing a bottom card, making it look like the top card was being dealt, seemed impossible. Cutting the deck exactly in half and then perfectly interweaving the cards was equally far-fetched. Then we read that experts perform the Faro shuffle with tabled decks, making it look like riffle shuffles. No way! Oh, yeah…let’s not sidestep the venerable Pass! The mechanics of the Classic Pass were bad enough. To make matters worse, we were told there were angles of visibility, timing, noise, and velocity to worry about. What about the dozens of variations, each more challenging than the next?

Nevertheless we struggled on, dreaming of Passes that would effortlessly riffle, jiggle, and stealthily work under top-card covers. Onward we practiced until the dawn’s early light, fingers aching, hoping to defy the mirror that mocked us. Also, there were bright spots that quickly dimmed. Moves such as the Double Lift seemed easy enough at first. What could be simpler than lifting two cards, pretending they were one? But, alas, there was more to it than that. How exactly are two cards lifted? What about the “get-ready,” the pushovers, turnovers, snaps, and replacements?

It turned out that there are a million challenges in the naked city of Cardopia.4

Despite the challenges, we card specialists are easily seduced by moves and we usually spend more time practicing moves than practicing presentation. Sometimes we prefer presenting moves. Effects are pleasant, uninteresting afterthoughts. Sometimes we happily add a move or two to routines not requiring them.

Mastery of moves, especially if we can execute a certain sleight better than anyone else, creates reputations.

Those who do not and cannot perform sleight-of-hand are intimidated by moves and are awed by the precision, derring-do, cool jugglery, and naturalness required.

I was awestruck when I initially saw Ed Marlo perform and for forty years he continually astonished me. He could expertly execute more sleights than anyone on the planet—even cumbersome, impractical, and “angle-ugly” moves, and they invisibly whizzed through one’s unsuspecting sensorium like quarks in a cloud chamber.

Watching him perform difficult sleights reminded of the Chinese executioner who wielded a sword with equal, unerring skill. There was an occasion when a victim was waiting his beheading. The victim said, “Executioner, please don’t keep me standing here in agony. Why don’t you your work?” The executioner then replied, “My dear sir, please nod your head slightly.”

Moves seem to exist in limbo, unrealized by laymen, unsung by amateur magicians.

In the end, what we feel about moves resists our metaphors.

Meanwhile the Effects strut and bluster in the spotlight; the Affects infiltrate and marinate.

3 This metaphor is courtesy of Dylan Thomas.

4 This is Stephen Minch’s useful but under-used name of the esoteric world of cardmen and card trickery.