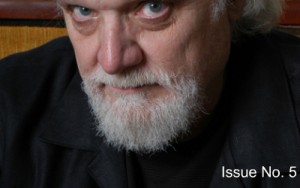 The taverns in Chicago, circa 1935-1960, were a fertile breeding ground for a special kind of close-up entertainment to gain traction. Prohibition led to speakeasies and after Prohibition was repealed, customers needed places to drink booze, and in the Windy City taverns (as they were often called) proliferated. There was one or two in almost every neighborhood. Also, where booze was served at a bar, you would likely find a dice cup, some dice, a cribbage board, and decks of cards. If these things were nearby, you would inevitably find players, gamblers, jokesters, drinkers, and tricksters and the City of Big Shoulders bred some of the best magicians: Bert Allerton, Johnny Paul, Matt Schulien, Jim Ryan, Don Alan, Heba Haba Al, Clarke “Senator” Crandall, Johnny Platt, Frank Everhardt, Johnny Thompson, and (for a brief time) even Ed Marlo.

Don Alan was exposed to these magicians and the—shall we say—ecology of the Chicago Bar Venue. The word “ecology” is used here because it includes the relations and interactions of the people with the environment rather than just the physical environment or setting. Don learned a lot working at Schulien’s restaurant-tavern. He carefully watched Matt Schulien work the crowd. Matt stopped short of being officious, but he was cheerfully engaging. He was exuberant and fun loving. Don realized the power of this approach, and he made many mental notes. He also paid close attention to the personal performing styles of Bert Allerton and Johnny Paul, picking up many great bits of business and audience-pleasing tactics. More important, he assimilated enduring psychological principles and soon the true meaning of working the “front line” for lay people was bred in his bones. But it was Matt Schulien, the grand maestro of fun and frolic (at a supper table) who influenced him the most. 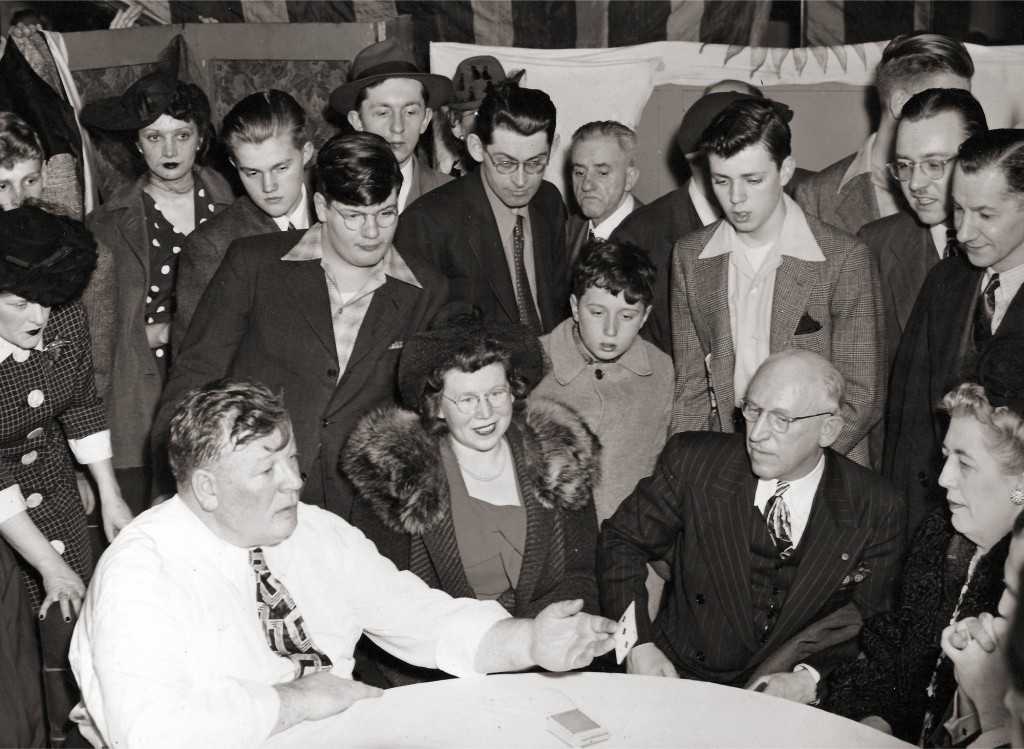 Keep in mind that Matt was not an expert technician. Refined finesses and stratagems were not part of his repertoire. He relied instead on split-second timing, brute-force misdirection, and hurly-burly humor. He was also believed that physical misdirection was the heart-and-soul of deception. Matt was a master at redirecting the spectator’s attention to something else other than his hands. He likewise knew what Max Malini meant when he said, “It’s in the eye.” That is, where you fix your gaze induces spectators to look at the same place. If you look into their eyes, they will look into yours. If you directly talk to them, you force them to be engaged. If, perchance, their gaze wanders elsewhere, because you are looking at them, you also know exactly where they are looking.

Here are a few Matt Truisms:

Most people tend to look at anything that moves. If you move your hand and everything else is more or less stationary, spectators will look at your moving hand. If you move both hands, they will look at the hand that moves first and quickest. (Ascanio later formulated a theory concerning this.)

Whenever you execute a secret move, ask a question, tell a joke, or laugh yourself. Questions are cognitive “hooks.” When you are asked a question you pause to consider an answer. This prompts one to pause. When they begin to listen to an anecdote (that is really a joke), they are otherwise cognitively engaged. Again, they are prompted to pause. When spectators end up being surprised, they are disarmed. When they laugh, they are momentarily incapacitated. During these orchestrated pauses and moments of cognitive engagement are the moments to execute secret moves. (It is a better strategy than the one suggested by Erdnase regarding “changing the moment.” You don’t need to change the moments. You simply exploit the moments.)

Schulien knew how to capitalize on such “moments.” When his patrons laughed, usually led by his own preemptive laughter, he did the “dirty work.” (For example, when he performed the “Card Under the Tablecloth,” he laughed, leaned back, looked at the audience, and sailed the selection under the tablecloth under their noses.)  If he sloppily palmed a card and a corner protruded from his hand, few people noticed.

THE TWO MOST UTILITARIAN WEAPONS IN BAR MAGIC

Perhaps the two most potent weapons in bar magic are the force and the steal. Although they knew how to control cards, Matt Schulien, Heba Haba Al, and Eddie Fechter seldom worried about controlling selections. They simply forced cards. Because they knew the identity of a selection, it was easy to find. If they controlled it, they usually stole it from the deck so that spectators were permitted to freely handle the deck. This was liberating and something spectators remembered.

Instead of perfecting any technique to the nth degree, Matt focused on perfecting his timing. He knew that when a move is done was more important than its execution. When he needed to palm a card, he looked at spectators, talked to them, or made them laugh. Then he stole it.

Every bar magician in Chicago knew that “work” was about working the crowd. It’s about perfecting people-skills, cunning psychology, and knowing the ins and outs of Guerilla Theater. It’s about understanding what spectators think, feel, do, and say. It’s also about improvisation, inspiration, and working “live” and “on the fly.” It’s about human interactions where Murphy’s Law rules. It’s about time, timing, and the quirky behavior of spectators becoming an integral part of one’s overall timing.

Matt was sensitive to the moods of his audience—their possible resistance and receptivity. If an audience seemed aloof or defensive, he worked harder. The rule is to perform your strongest, most ingratiating tricks right away. Be ferociously cordial.

If you have a potential wise guy, heckler, or grabber in the crowd, defuse him or her immediately. Use a gentle, passive-aggressive “sucker trick.” Involve any “problem child” in the situation and then gradually and quietly expose his insecurities, ignorance, and rudeness without being bullishly confrontational. Matt liked to say, “Once you have them on the run, keep them running…” A barrage of simple, direct, and baffling tricks easily accomplishes this.

Never lose control of your material, yourself, your audience, or the interactive ritual. Matt said, “Control the spectators and don’t let them control you.  If you want them to laugh, lead the laughter yourself.”

Don Alan was an absolute control freak. He maintained almost dictatorial control by creating momentum. He also stayed two or three beats ahead of the audience. They always ended up preoccupied by reacting and “acting up” on their own to be disruptive or out of control.

You must be confident.

If you know your material inside and out, know everything that can go wrong, and know how to compensate for such mishaps, your mettle will become Teflon. Also, there is a big difference between “quiet confidence” and “edgy bravado” and between “being chipper” and having a “chip on your shoulder.”

You must also love to perform. Matt not only looked “big and generous,” he was, in fact, cheerful, cheery, and acted as though the  “magic” was full-tilt fun. Because he seemed to be having a good time, it was infectious. It was a shared experience. Don Alan called it Just Good Fun.

Performance should be an invitation to please. Matt never performed unless his friends and customers asked him. He always advised: “Don’t try to do magic when people are eating or when they want to talk.”

It is a show-business maxim to “always leave them laughing.”

Also know when to quit. Matt said, “Build up to a climax and leave them wanting more.” As soon as Don Alan produced the big nut at the end of the Benson Bowl Routine, he quit.

Game over. Over and out. Smile and thank everybody.

Don Alan and many others learned a lot by watching Matt Schulien win over audiences. In turn, he carried on the tradition, an influential exemplar in his own right.