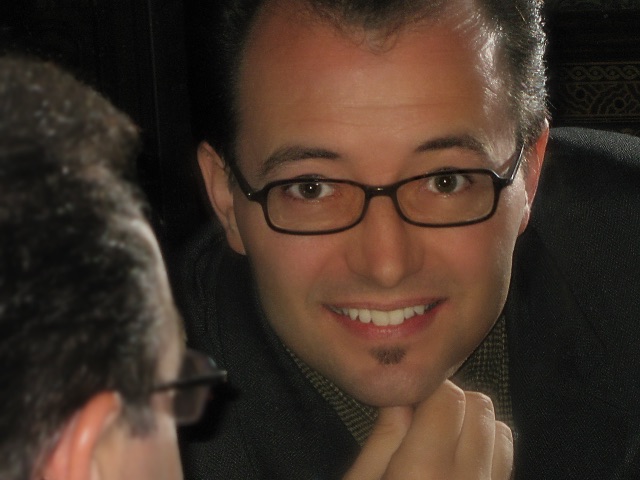 “From that day on, every single day of my life I have thought about and worked on magic tricks.”

An audience of hundreds may be introduced to him by an emcee, or he may introduce himself at a private party, or his name may appear on television. However the audience meets him, Eric Mead makes sure the next few moments are memorable and astonishing. There is no accident behind what makes the performances of Mead have long lasting impressions. The time needed to master the art and craft have been put in by the Conjuring Arts Research Center’s Senior Fellow.

Mead’s interest in magic began young, at 5 or 6 years old growing up in Colorado. While his dad travelled consistently for work, he always returned home with some sort of gift from the road. Eric Mead remembers that one day he came back with a small little red cylinder “with a little handle on top and when you lifted up the lid there was a nickel inside this cylinder. And you would close the lid and lift it and it would change into a penny and then into a dime. Then you can dump the dime out on the table and you can examine it.”

Mead entered his bedroom and tried to figure it out and attempted to do a sloppy, five year old sleight of hand version where he switched the coins when replacing the lid. Later, his dad gave him the gimmicks to do the effect properly and he was instantly hooked by the James Bond, secret, nature of the behind the scenes working of the props. He checked magic books out from the library and then on his next birthday he was given a Marshall Brodein TV Magic Kit and The Great Houdini by Beryl Williams and Samuel Epstein. “From that day on, every single day of my life I have thought about and worked on magic tricks.”

That interest grew throughout his teen years. In his early years of professional performances he emphasized originality. Mead would create brand new tricks and methods. But as he matured as a magician the idea of what originality was expanded. Now, his performance material is mainly comprised of classic magic and originality is bred from a distinct point of view which manifests itself in his script and delivery.

This sort of originality is what sets Eric Mead apart. When speaking or performing at a marquee conference, the attendees and producers really want an individual’s point of view. The conferences like TED and EG have become a large part of Mead’s work along with after dinner corporate entertainment and intimate private parties. Director of the EG conference, Michael Hawley, looks for originality from Mead (and all speakers) by encouraging “We want the talk that only you can do.” What original point of view does Eric Mead bring to his performances? Teller, of Penn & Teller says Mead’s point of view is successful because “…smart, classy people want Eric around is because he’s smart and classy. He’s a gentleman of erudition, grace, and wit, with just the right seasoning of mischief, frankness, and vulgarity…”

But long before the days of TED, Mead was street performing around the country. Then everything changed with a call Doc Eason in 1989. Mead had met Doc before at the famous Tower Magic Bar in Aspen, Colorado. The Tower was partly owned by John Denver and featured comedy close up magic at the bar. Under the tenure of Bob Sheets, Doc Eason, and a handful of other performers, the Tower’s presence at the ski resort town grew. Once or twice growing up in his late teens, Mead ventured to Aspen to participate in the annual cabaret nights. But when Doc Eason called he was asking for much more than a weekend trip. Now Doc hoped Eric would join him at the Tower Magic Bar to do two or three nights a week for a whole season. Mead took him up on the offer and moved out to Aspen. He thought about leaving after the first season and then after second season, but he decided to stay. For fourteen years Eric Mead crafted and built his technique, charm, and understanding behind the bar performing for all kinds of people. Bar magic, like all magic, has a rich history. Bar Magic in America can be traced to the Chicago scene of Matt Schulien and Heba Haba Al. Eddie Fechter made a name for himself too at the Forks Hotel in Buffalo, New York in the 1960s and 1970s. Bar magic has a certain brashness or everyman’s performance style. Mead says “The biggest part of your job is to be leaders of the party. If you’re not offending 10% of them you’re not doing your job right.” He believes if the Tower hadn’t closed he still be there working his wonders. The Tower bar had a fun atmosphere and attracted the more than occasional celebrity appearance in the audience. Mead loved showing up to work while people would come an hour before and argue over the front row seats. 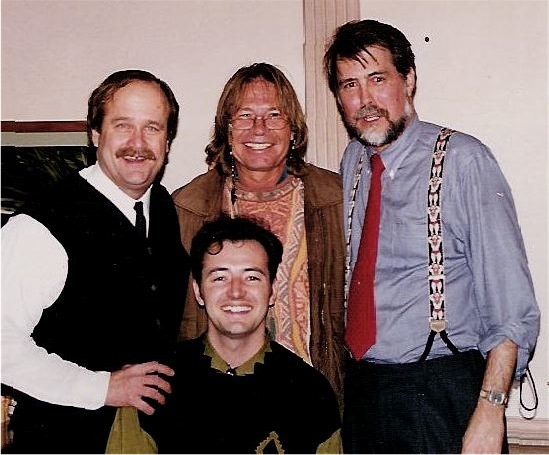 When the Tower did close Mead continued the work he’d been building outside the bar all of those years at corporate events, private parties, and conferences. The influence and time at the Tower Magic Bar came with him.

That influence has followed him to his recent television appearance on Penn & Teller: Fool Us. But, one of the hallmarks of bar magic could not translate to TV, improvisation. Behind the bar, improv makes every performance unique and special, but TV requires perfect timing and precision. Mead chose a classic of magic, the Cylinder and Coins, in which silver dollars appear and disappear at the fingertips amongst other moments of wonder. While exceptionally executed, the performance is recognizable for his signature and unique scripting created for the unique premise of the show. But before shooting the producers wanted 45 seconds cut. While seemingly simple, this was a difficult task. “The script which set up to the trick was the whole premise, and if I cut a minute out of that I don’t have anything and I’d rather not do it. Mike Close’s shout out was cut but Johnny Thompson’s mention was left in tact. Mike was cool with it.” Mead says. Day before, editing and rehearsing he was trying to find ways to re-script while maintaining all of the thoughts. “I was listening to jazz in the room and the voice on the xm radio said ‘Arrangement by Charlie Mingus’ and that’s what started it. Oh arrangement.” And that was the spark for part of the introduction to the Cylinder and Coins as “The composition by John Ramsey, the particular arrangement I’m going to play for you today is by the dear departed and much missed Tim Conover.” The performance is widely seen by magicians as one of the most successful Fool Us appearances to date. Penn Jillette called Mead’s appearance “The best sleight of hand we’ve seen on the show.”

He may have traded in his plastic red cover and dime for a leather cylinder and four silver dollars. But what remains is the loving obsession. Mead is constantly seeking to raise the public’s perception of magic, and wherever that drive comes from, magic is grateful for it.