Through the kindness of our friend Looy Simonoff the Conjuring Arts Research Center has recently acquired a collection of materials on the legendary Jimmy Grippo of Las Vegas. The files were maintained for many years by Grippos’s nephew, Dr. Eugene A. Felice of New York, himself an amateur magician. The collection inlcudes photos ranging from a family portrait when Grippo was about 4 years old, to many pictures of Grippo with celebrities such as Mohammed Ali, Omar Shariff, President Jimmy Carter and Vice President Mondale, Joe Lewis, Siegfried and Roy, Dai Vernon, Ed Marlo, and Pope John Paul. There are manuscript notes for a planned autobiography and a very extensive collection of press clippings from the 1970s through 2003.

Grippo was, among other things, a master publicist, and from these, a rough sketch of his life, at least as he recounted it to the press over the years, can be patched together. 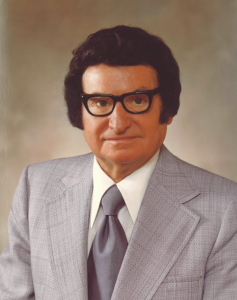 There seems to be a good deal of uncertainty about his early life. A February 8, 1970 Las Vegas Sun article says he was born in Venosa, Italy just before or after (Grippo wouldn’t say which) the turn of the 20th Century. But in a 1975 National Enquirer article detailing how he picked FBI Director J. Edgar Hoover’s pockets at the behest of FDR he is described as being 83. That would have him born circa 1892, a date consistent with a 1977 Las Vegas Review Journal story that described him as 85, and a Feb 5, 1978 Los Angeles Herald Examiner article that also described him as 85. Just two years later, a 1980 Las Vegas article described him as 86, putting the birthdate as circa 1894. But it wasn’t until eight years later, in 1988, that Caesar’s Palace in Las Vegas, where he had been “Resident Magician” since it opened in 1966, threw him a 90th birthday party, which included testimonials by celebrity well wishers such as Johnny Carson, George Burns and Shirley MacLaine. That would seem to fix his “official” birthdate as January 25, 1898, which is the date printed in his memorial service program, though the place is given as “Mosquito, Italy.” I have been unable to locate such a village in Italy in any online Atlas, but most likely it is simply a misspelling for Maschito, a village bordering on Venosa, that Grippo mentioned in a March 14, 1978 article in Las Vegas Today. There he recounts that he was the oldest of nine children born to a peasant family that lived off the figs, grapes and olives they grew on their land. One day, while painting in Maschito, the young Grippo was befriended by a youthful looking man named Alfredo Manero, who turned out to be well over 100 years old. Grippo claimed to have spent a nine year apprenticeship with Manero, sharing a cave dwelling in Albania with the mystic, who would hypnotize Grippo daily to teach him to master his body rather than be a slave to it. Manero, according to Grippo, was struck by a falling tree at age 114 (while translating a book for Grippo during their daily walk down the mountainside). This broke the mystic’s back, but not his will to live, and under Grippo’s care, he survived another four years, until age 118. Perhaps not as romantic, but possibly more credible, Grippo’s daughter says he came to America at age 12, settling in Beacon, New York. 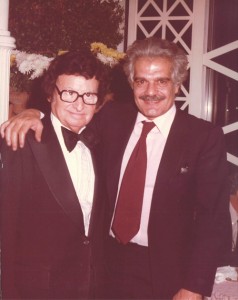 His initial inspiration in magic seems to have been seeing a performance by Blackstone at age 20, but his sleight of hand skills were self-taught, though he was on friendly terms with Dai Vernon and Dr. Jacob Daley during this period. Jimmy loved telling the story of how he gave his friend Franklin Roosevelt the suggestion of holding “fireside chats” during his presidency and how he hypnotized famed and influential radio commentator Walter Winchell every Sunday evening, to calm his nerves before the broadcasts that went out to “Mr and Mrs America and all the ships at sea…”

Sometime during this period Grippo was using his hypnotic skills to help doctors operate on patients without the use of anesthetics. In either 1932 or 1937 (depending on the reporter), he was called in to assist in a delicate eye operation on the King of Siam.

The operation was a success and led to a friendship with the King, who gifted Grippo with a ring that is sometimes described as a sheik’s head encrusted with rubies and diamonds and elsewhere as a Hindu God with black sapphires.

Grippo initially came to wide public attention as the manager of prize fighters, the best known among them being Melio Bettina, who was supposedly a shy, scrawny kid when his parents approached their neighbor Grippo for help with their son’s confidence. Grippo not only gave him the self-confidence to defend himself from neighborhood bullies, but coached him to a Golden Gloves victory and the Light-Heavyweight World Championship. Grippo’s success hypnotizing his stable of fighters to victory made great press, as did his prowess at card tricks. On one memorable occasion, fighter Rocky Graziano insisted he do a card trick in the nude at 4 a.m.! 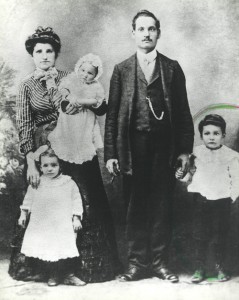 He professed to have worked closely during the war with General Patton, hypnotizing wounded troops back to health and implanting post-hypnotic suggestions that would lock classified information in their subconscious if captured, so that they would be unable to betray the secrets to the enemy if tortured.

Among the many command performances featuring Grippo were those attended by the Duke and Duchess of Windsor given by socialite Elsa Maxwell and three performance for the Shah of Iran at his palace during a two month stay in Iran, during which he used his hypnotic powers to restore the fertility of the Empress!

In addition to FDR, Grippo performed for Presidents Eisenhower, Kennedy, Nixon, Ford, and in a memorable engagement for Jimmy Carter, during which the president was told his food was getting cold, to which he responded that he could eat hot food anytime, but he wouldn’t have many chances to watch Grippoperform!

At Winston Churchill’s request, he performed for Anthony Eden, distracting him from Mideast turmoils with a card trick in which a selected card was found stuck to the outside of the window against which Grippo threw the pack.

In 1951 Grippo left New York and settled in Miami where he purchased and ran a Miami Beach nightclub and entertained with his magic and hypnosis. In 1959, shortly after the Cuban revolution, he gave an impromptu performance in Havana for Fidel Castro, slipping a selected card into Castro’s pocket twice, the second time while his hands were secured by Fidel’s suspicious bodyguards.

In 1965 Grippo moved to Las Vegas and began to perform tableside magic at the Desert Inn. When Caesar’s Palace opened in 1966, he became the “Magician in Residence” at the Bacchanal Room, paid a salary by the Casino, rather than gratuities by the patrons. This led to numerous lucrative private engagements for the high rolling clientele, including J. Paul Getty and numerous Hollywood stars. One oft recounted anecdote involved borrowing a particularly valuable gold ring from Greek shipping magnate, Aristotle Onassis, at the time one of the world’s richest men. In early articles the ring was valued at several thousand dollars. Later recountings put it in the million dollar price range. Grippo took the ring in his fist and held it over a flame. When he opened his hand, it held only a lump of molten gold. Onassis was devastated until Grippo asked the waiter to bring them six (12, in later recountings!) loaves of freshly baked French bread. Onassis chose one and sliced it open, to find his ring baked inside, with a blue ribbon connecting it to a thank you note from Grippo! 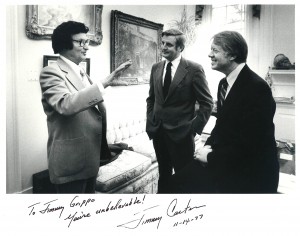 The collection documents Grippo’s numerous awards from his peers, among them the 1980 Academy of Magical Arts Performing Fellowship and election to the International Hypnosis Hall of Fame in 1990. Grippo continued to work at Caesar’s seven days a week for nearly a quarter a century. One article from this period quotes him as saying, “I’m not as famous as I used to be because most of the people who knew me are gone. Nobody’s as old as I am.”

Sidelined by a stroke, he stopped working regularly in 1991 and died a few months later, on January 15, 1992. According to a July 2003 article that was just 10 days before his 95th birthday…