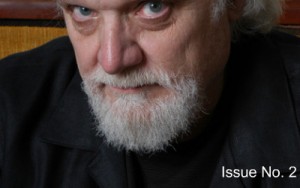 PERSONS, PLOTTING AND A WISHFUL WELL

Plot – A sequence of events in a play, novel, movie, or similar work.

Magicians palaver a lot about plots and plotting. Then they usually ask questions regarding “presentational plots” and the effects/affects these plots are supposedly meant to achieve.

This exercise has had mixed results. Most magician-creators are method-driven. Consequently, an excessive amount of time is spent learning moves and devising methods they hope will be devastatingly deceptive. Levels of conviction must be high. Essential, underlying mysteries should be deep.

Alas, in this regard I’m as guilty as others celebrating and indulging this addiction. Yet when I watch films and read novels, the effects/affects these mediums achieve are much different and more satisfying than those I obtain from watching magic tricks.

Why are many filmmakers routinely referred to as “magicians”?

Granted, they successfully and dramatically enchant, mesmerize, edify, inspire and arouse every human emotion ever categorized and analyzed. Yet the subject of deception (as an ultimate goal) is seldom the point or in play. Yes, a film is an illusory medium, but its “message” is not to turn spectators into victims of “visual tricks. The illusory effects presented in films serve transcendent purposes and goals. They are subtle means to even more subtle ends.

In a similar article about “presentational plotting” and possible ways to change the interpretation of magic phenomena, I brought up an old dealer item—a three-second, shocking puzzle—that was once a bestseller.

Here is the back-story:

When I performed close-up magic in the 70s (mainly to test the strength and weakness of various tricks in the eyes of laity), I routinely performed “Squash”—an evergreen dealer item where a shot glass filled with liquid (whiskey?) instantly disappears. Abbott’s must have sold thousands of this rubber ball attached to a length of elasticized cord.

The “upside” of this quickie is also its “downside.” Its essential goal is to shock and surprise…which it does. Bam! The glass is gone!

The trick is plot-less. Besides the irrelevant, inexplicable disappearance of a glass of whiskey, what else does it offer? Does it embody an underlying, resonating meaningfulness? For me (at the time) it served to capture the spectators’ attention so that I so I could present a routine taking more than three seconds to perform—maybe something having a plot, some context, and perhaps something having human interest.

Then I fortuitously ran across onto a presentation credited to a close-up worker named Kelly Green. A Eureka Moment ensued. Kelly had figured out a plot without foreshadowing, a plot where the most important prop was the spectator, not the glass of whiskey.

“Have you seen our wishing well?”

He then held the shot glass of whiskey on his upturned palm. With his other hand, he handed a woman a shiny dime.

“Take this magical coin,” he’d say, “…and drop it into the wishing well.”

The woman would comply, usually with a smile.

Kelly then cupped the “wishing well” with his other hand and asked the woman to make a wish.

Whereupon he’d suddenly smack his hands together and instantly make the glass, whiskey, and dime disappear! What he did next was critical. He immediately downplayed the disappearance Instead he gazed at the woman, smiled, and said:

“Your wish will now come true!”

Kelly converted a disappearance into a transformation… he transformed the audience’s emotional state and how they would eventually interpret what happened to the woman and them, as well.

A simple plot had been created, involving a wishing well and a woman making a wish and the outcome was about wish fulfillment.

P.S. Thereafter, when customers came into the club and requested this feat (which they did on a regular basis), they never said anything about “a disappearing glass of whiskey.”

They always asked for the wishing well.

For More Information and Contact Info for Mr. Racherbaumer.